We are all amazed at what happens when we die. Many ideas revolve around one’s ideology, religion, and many other factors. Do we go to heaven? Are we born again? Or do we just get lost in something? Jorgen von Santon, from Oslo, Norway, tries to answer this question with his funny comic!

The main character in the photo is a dea-d girl, who was hit by a bus as soon as she got on the phone, and even died. They do all sorts of adventures together, even going to the land of the living. They meet all kinds of people in the realm of death, from animals to celebrities. 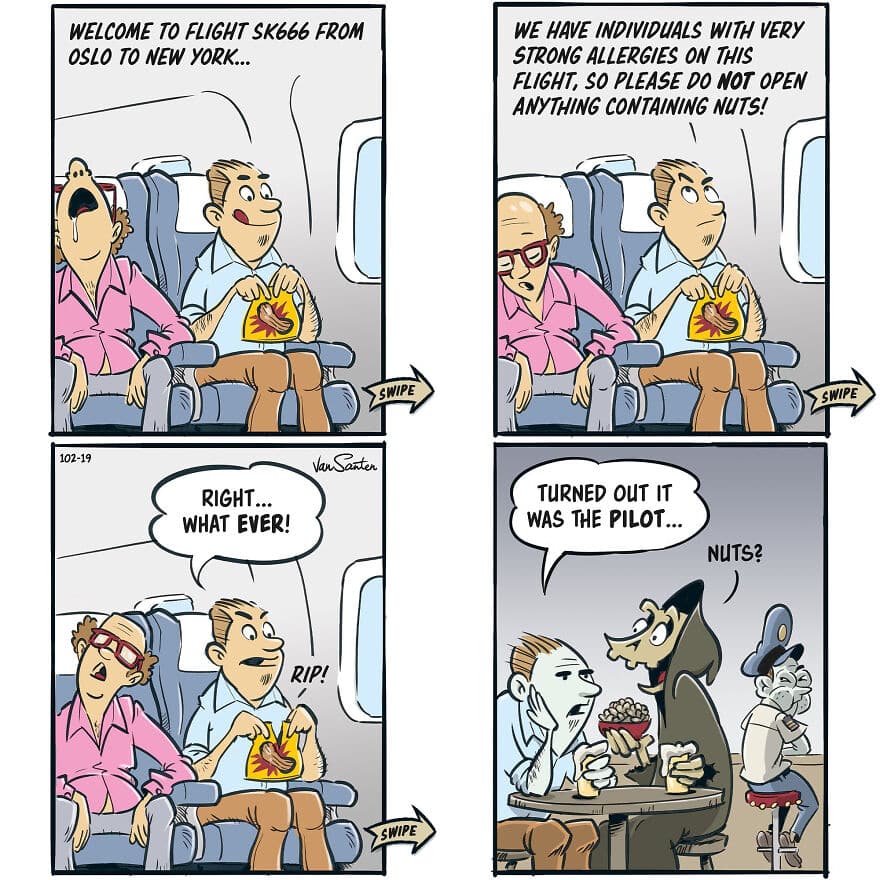 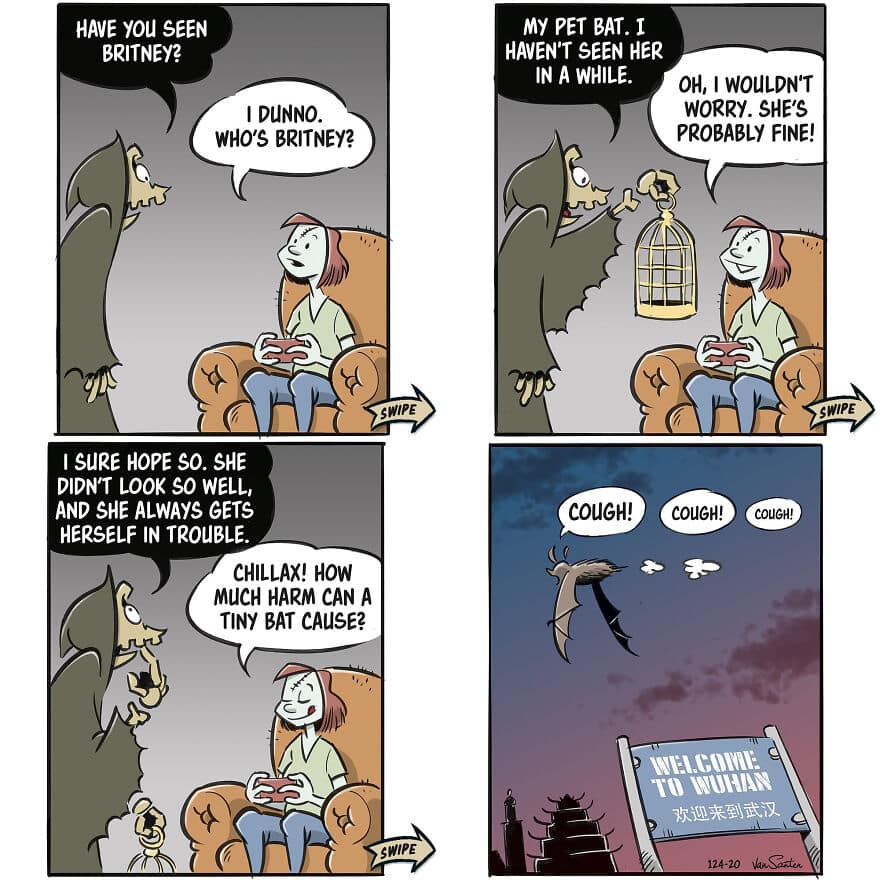 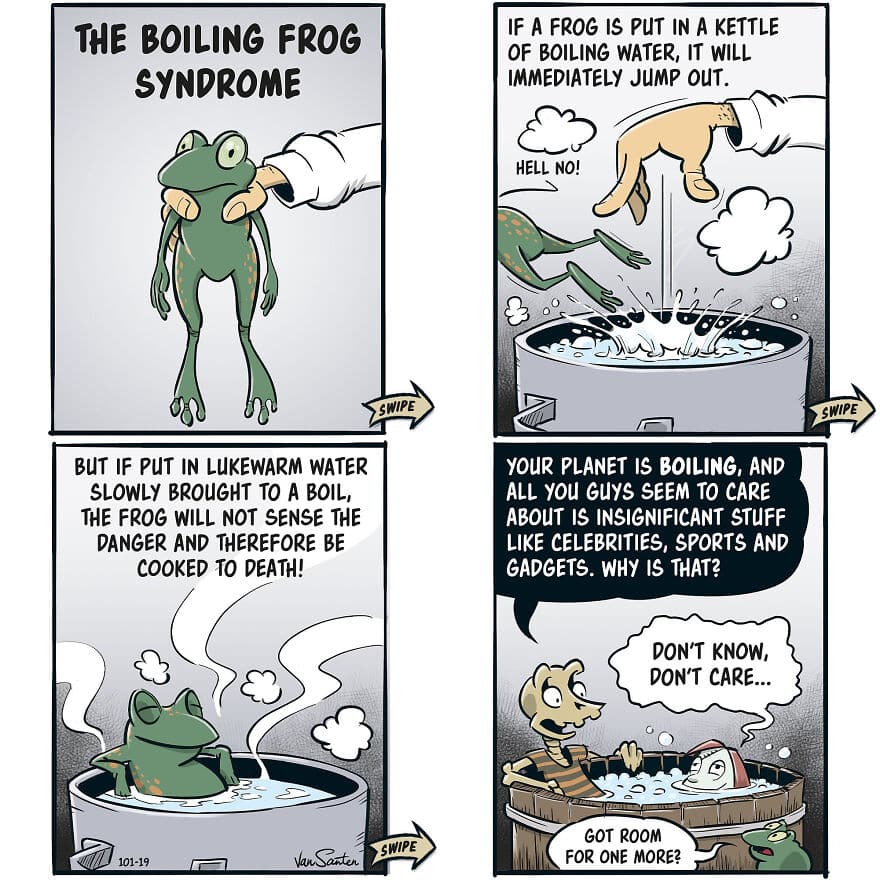 Here the artist tells us how he created this comic: “I came up with the idea for Dea-th and First Girl in 2016 because of a comic. The competition gave me a purpose and a deadline. I needed at least 15 episodes to participate. The comic made the top 5, so I kept making more and more episodes for fun. 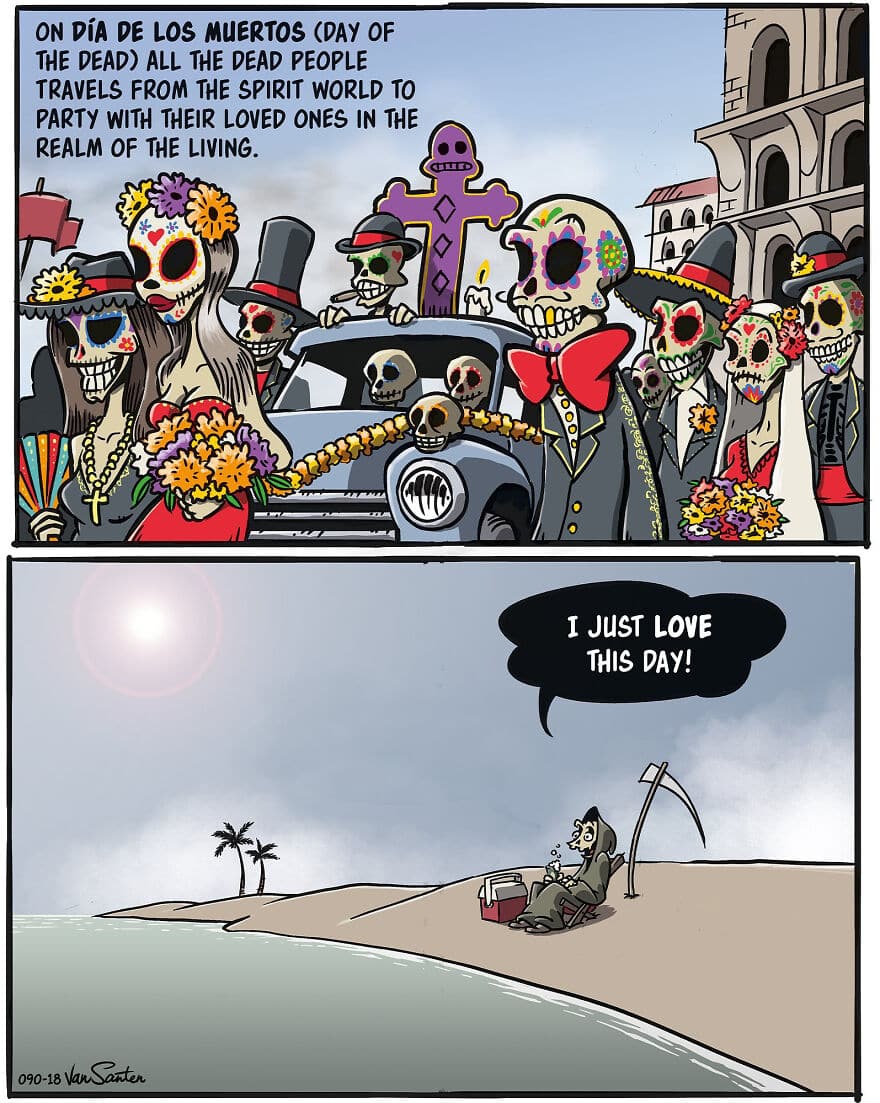 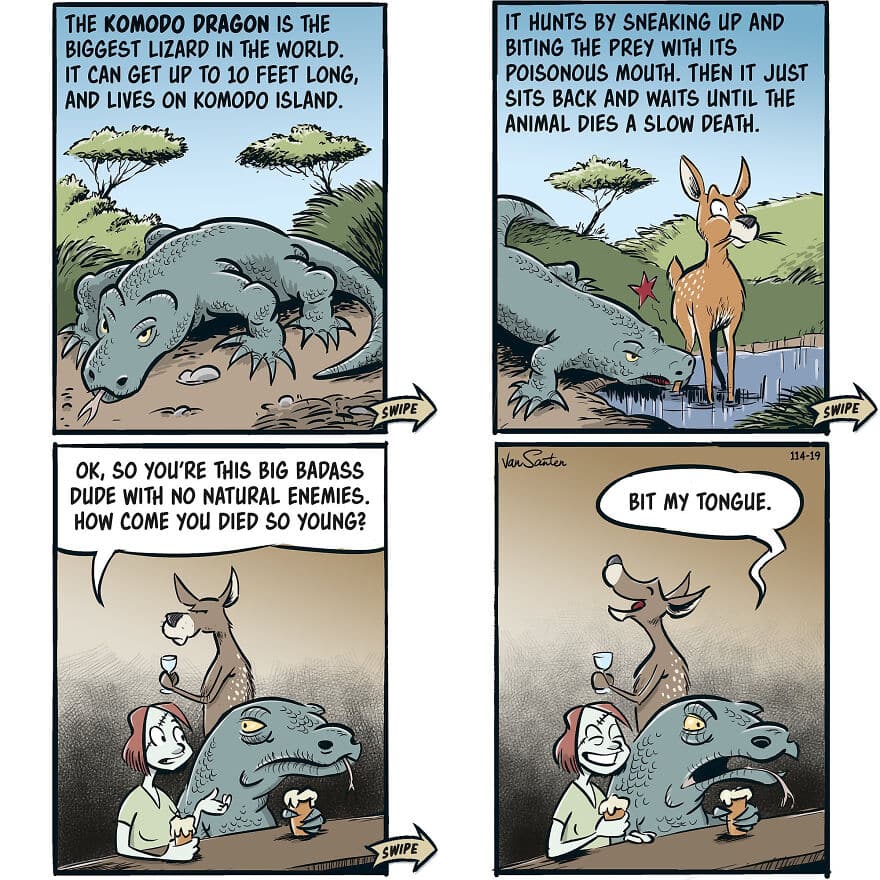 After a while, I started posting on Tapas and gained some followers. In 2019, I was asked to publish in the weekend section of Afinpinstein, Norway’s largest newspaper. I still publish two episodes here every weekend. Other newspapers and comic magazines in Scandinavia have also published comics. I think I am horrible after dea-th and not about religion but about life after dea-th. I have a funny idea. 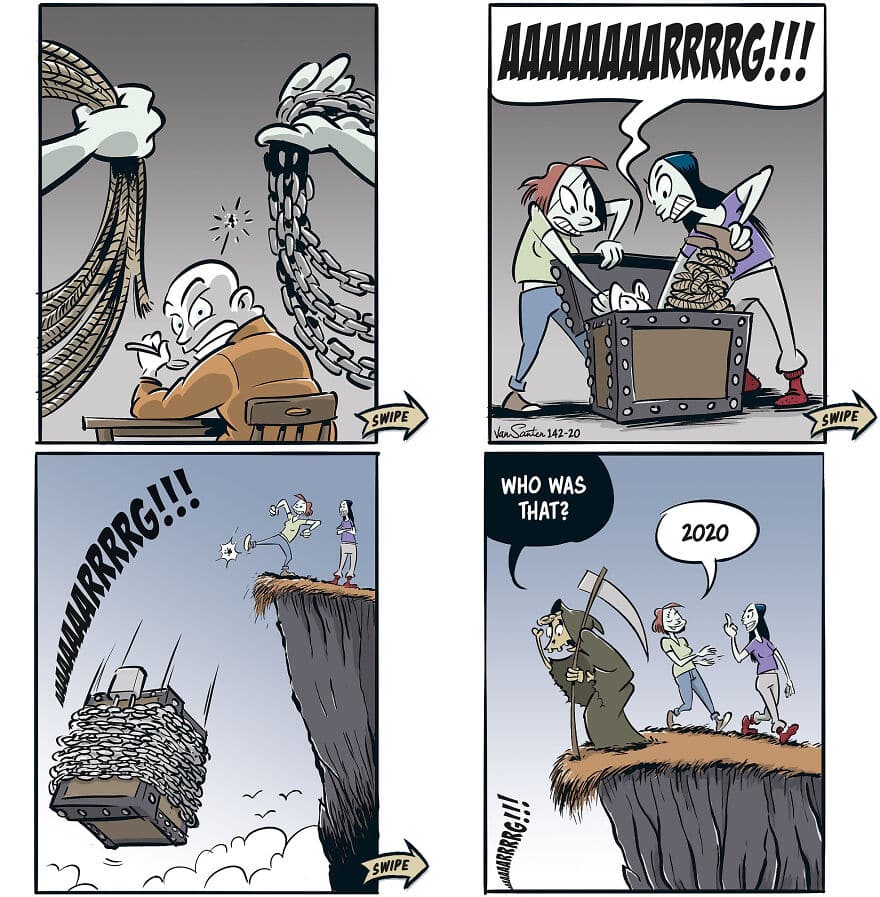 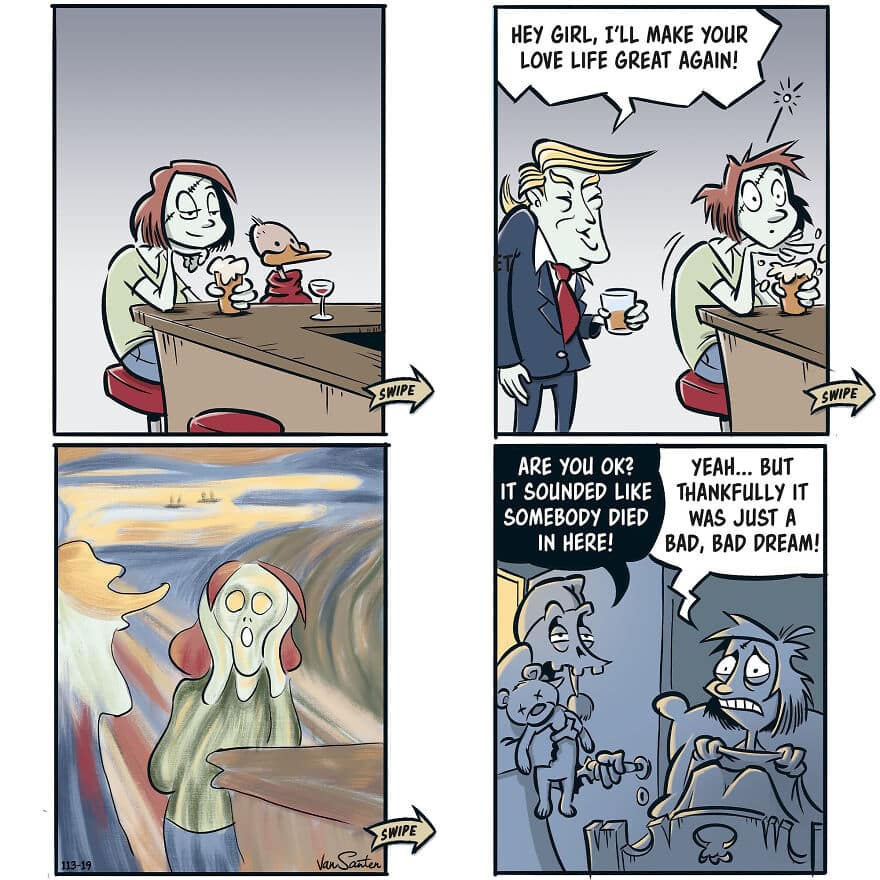 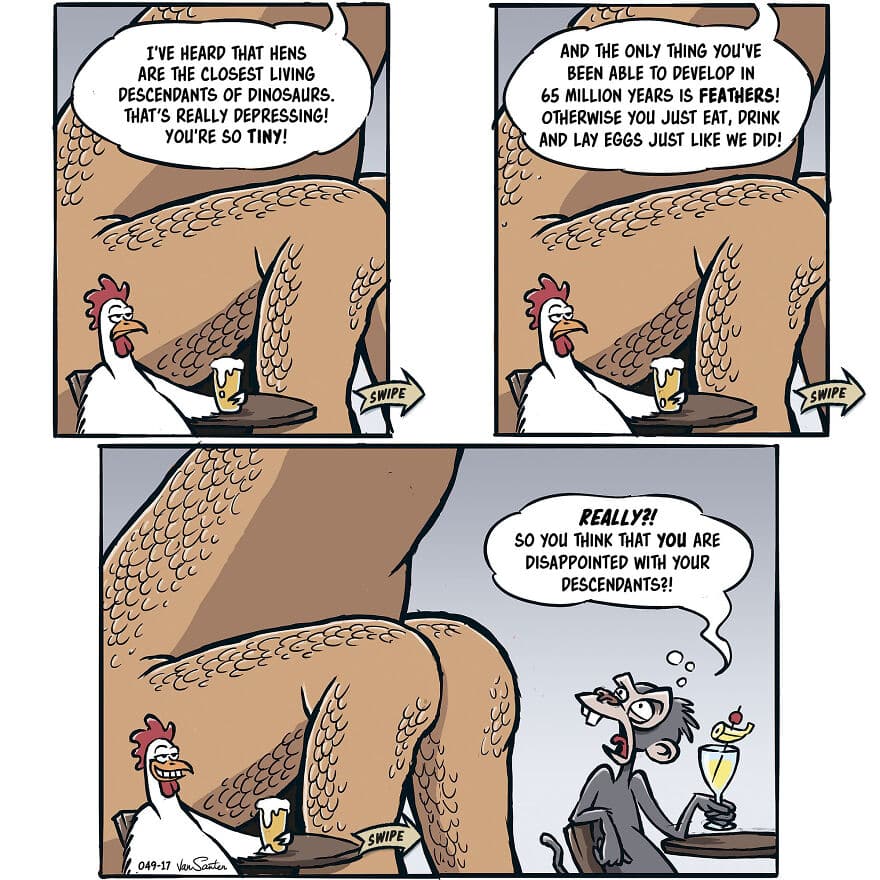 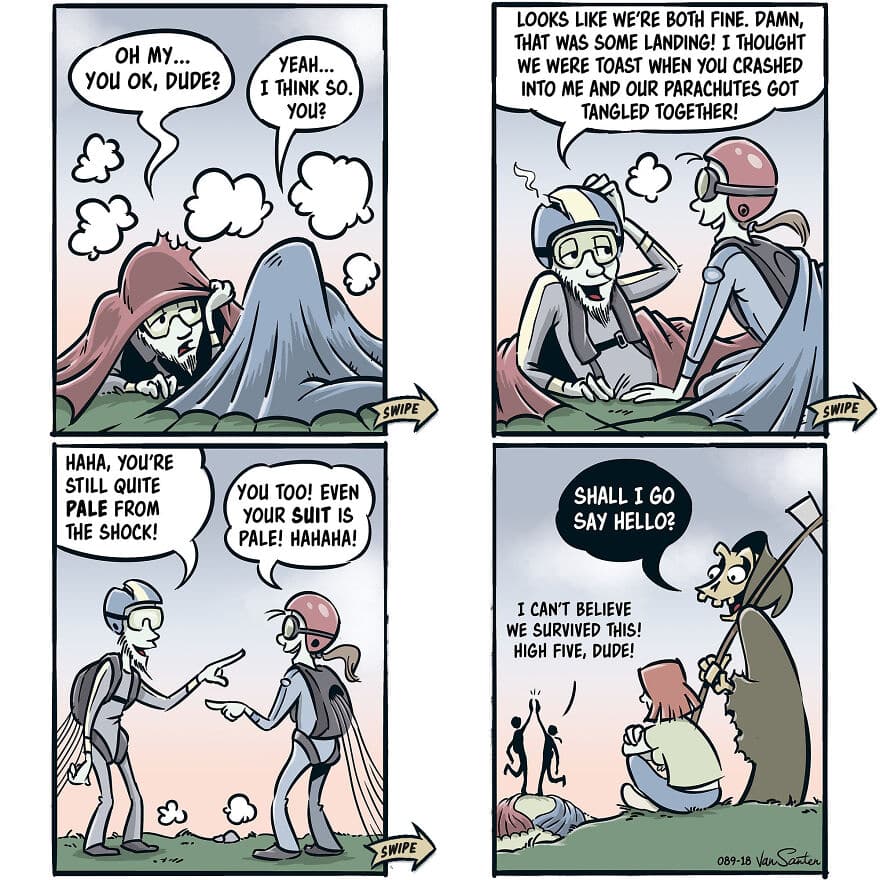 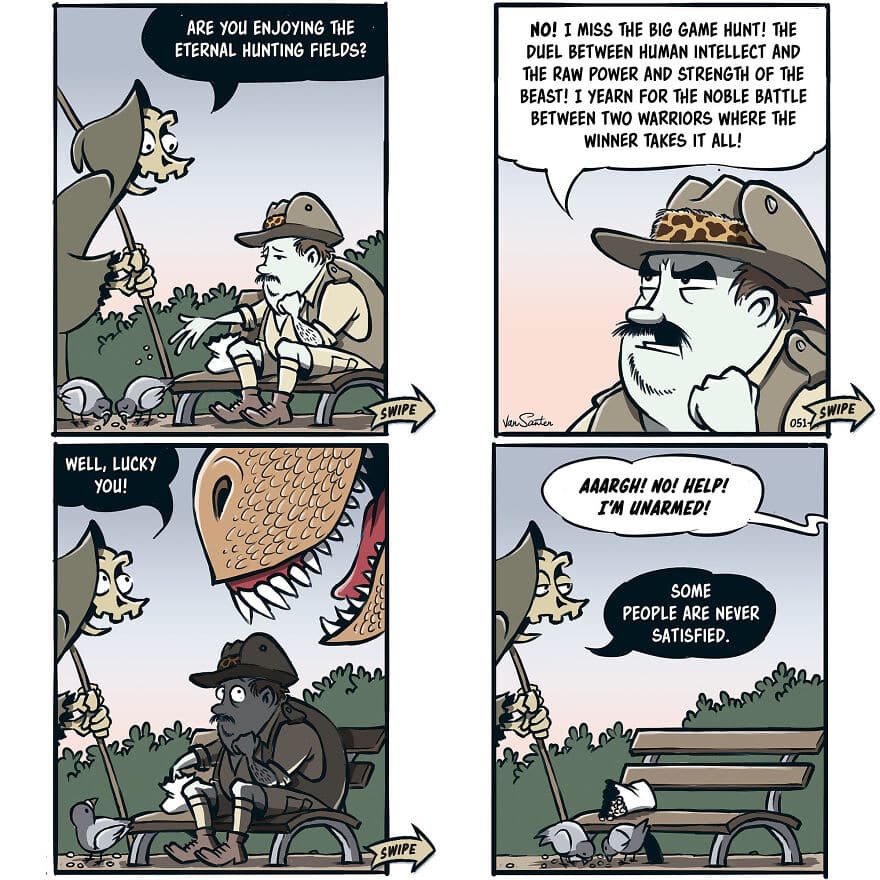 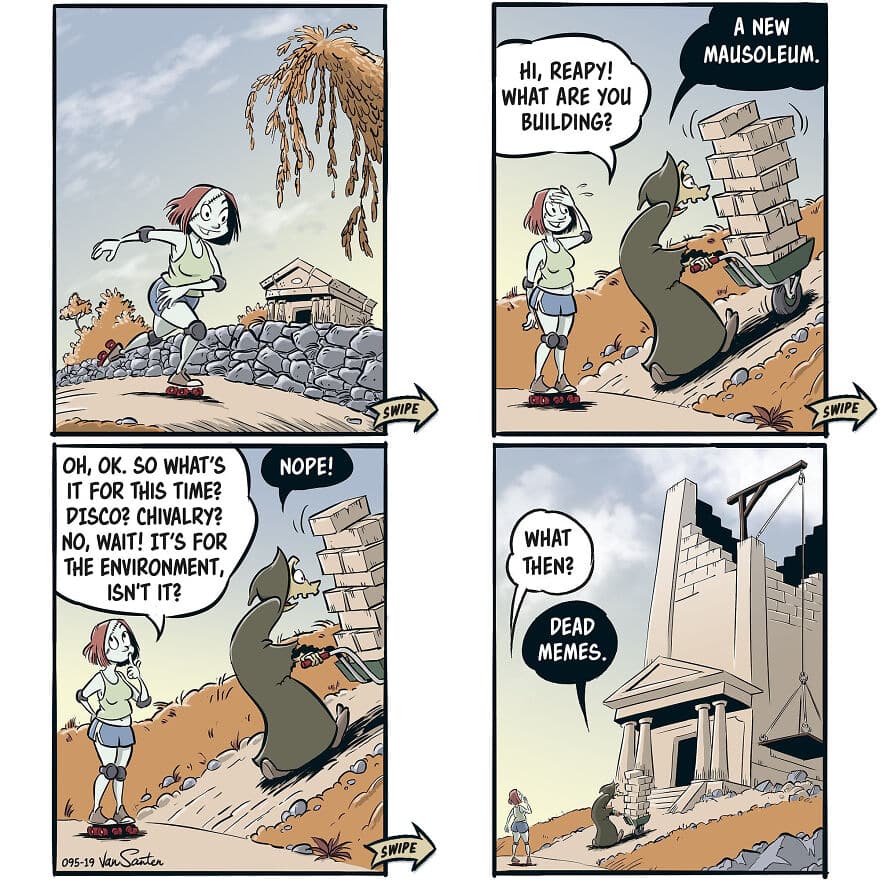 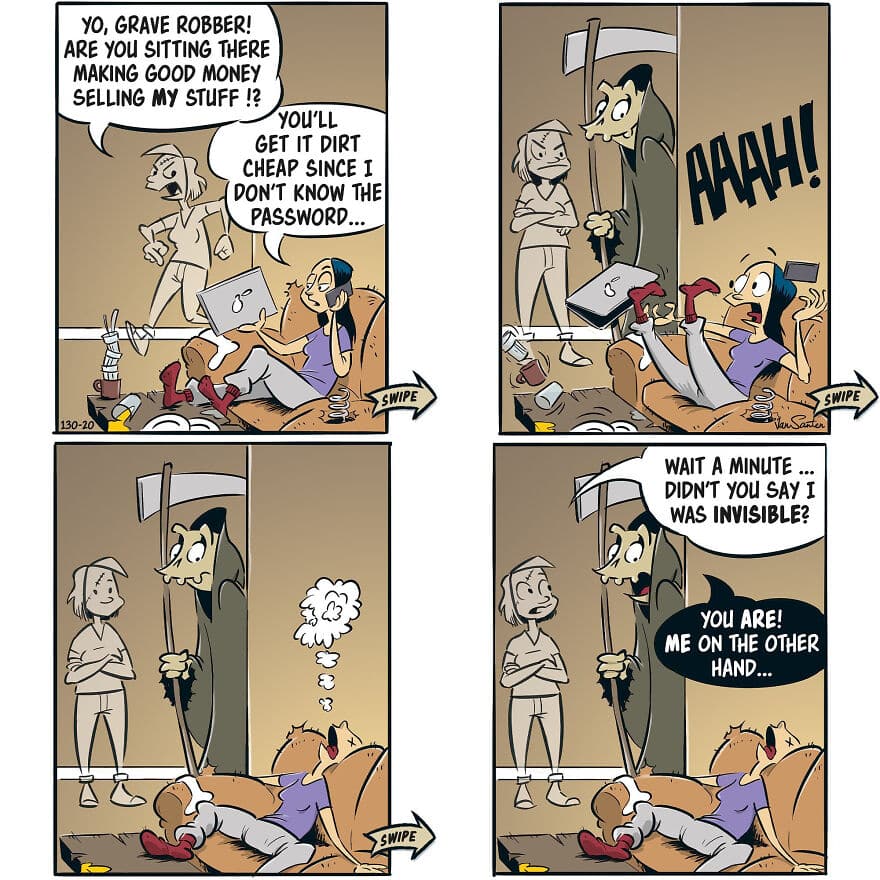 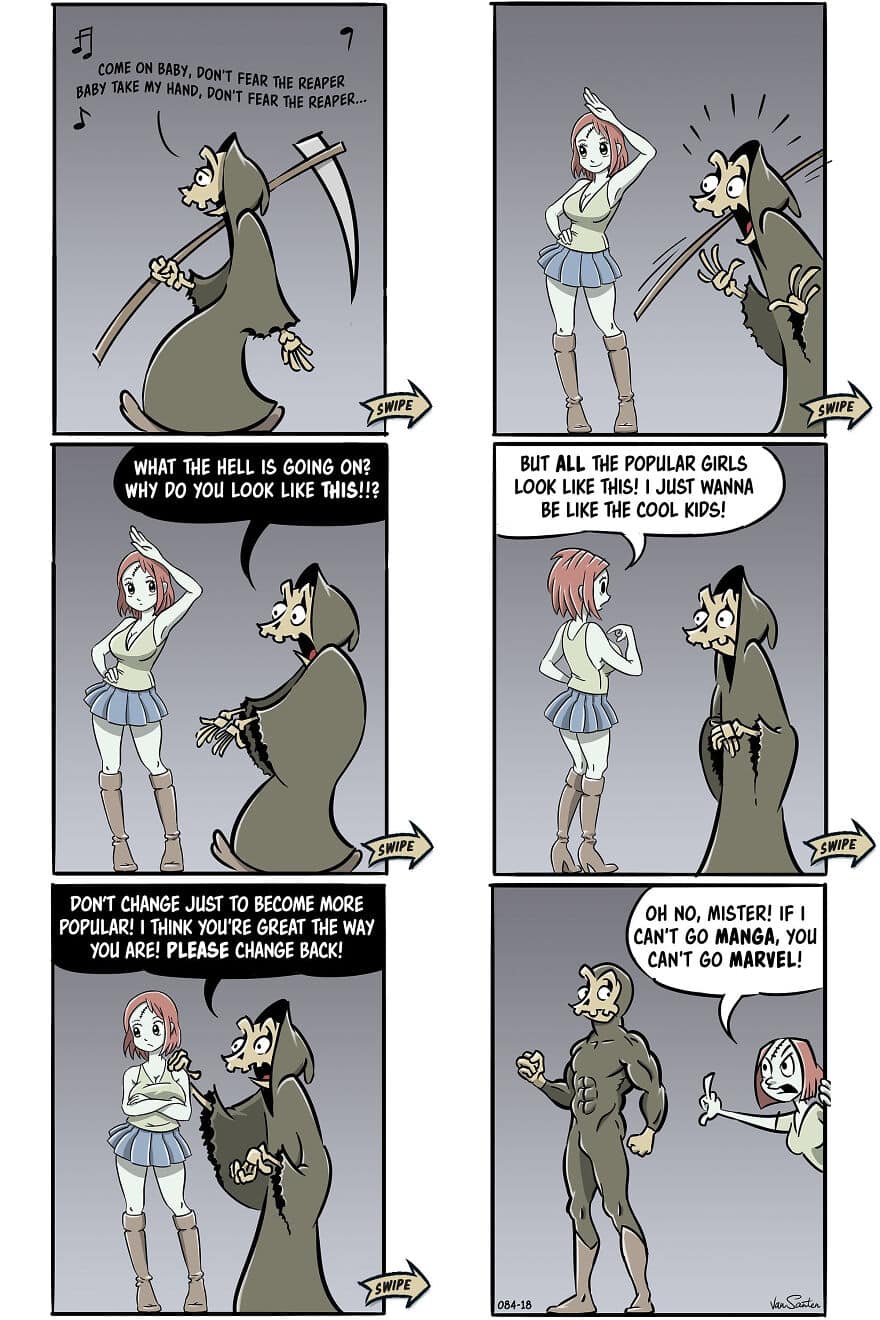 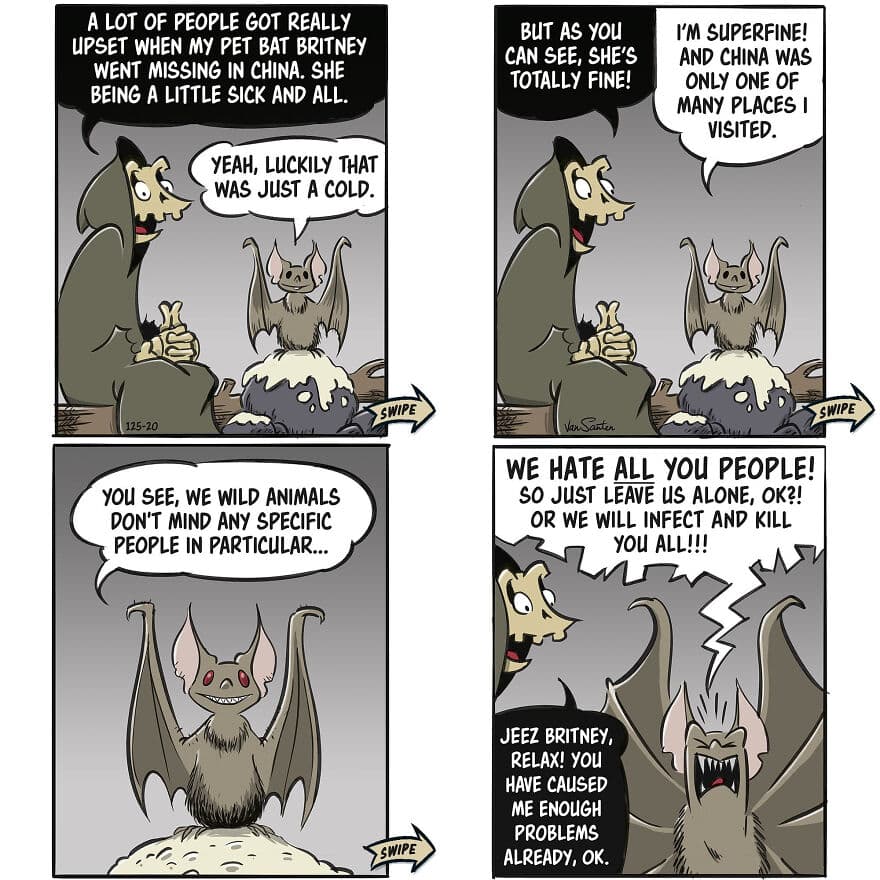 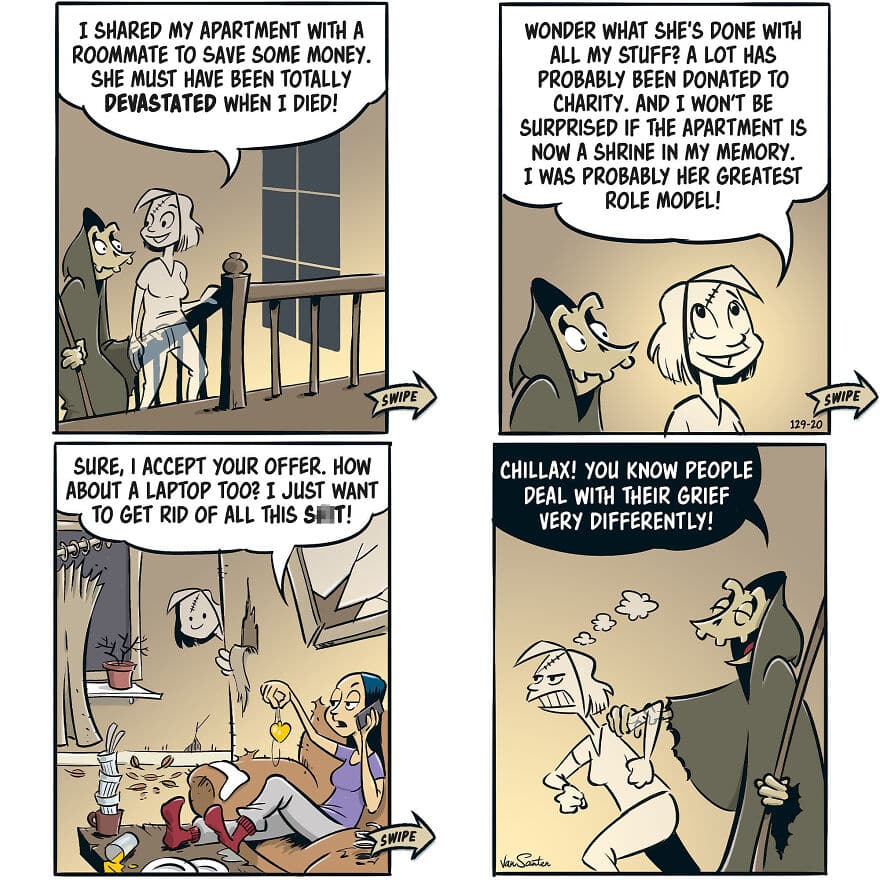 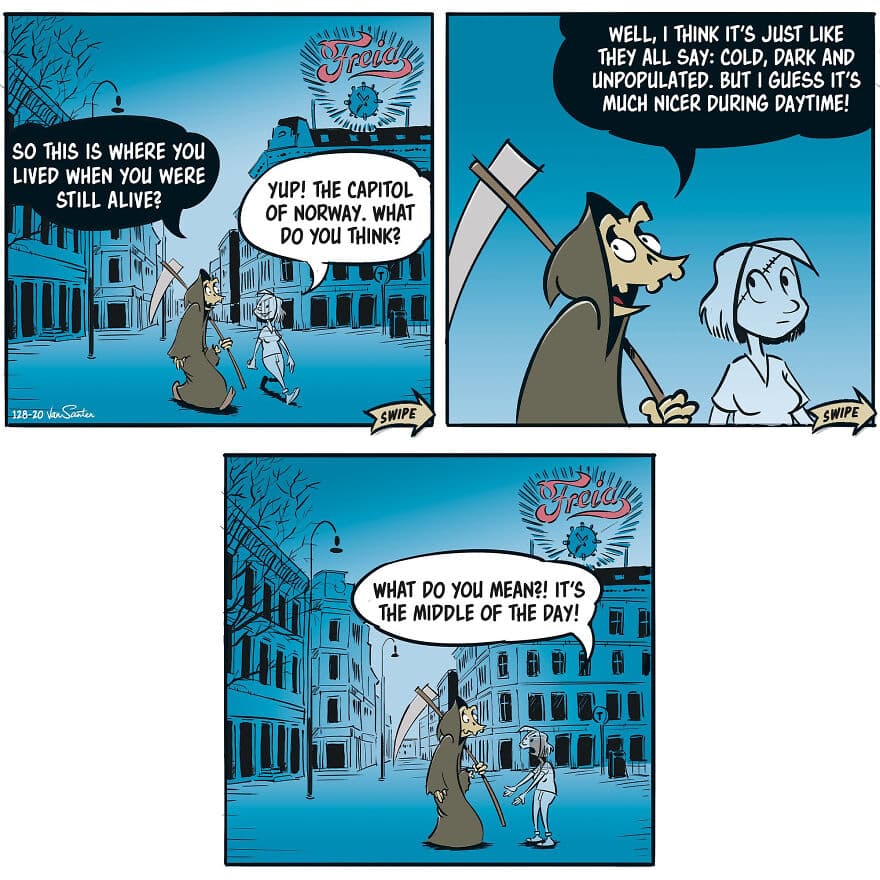 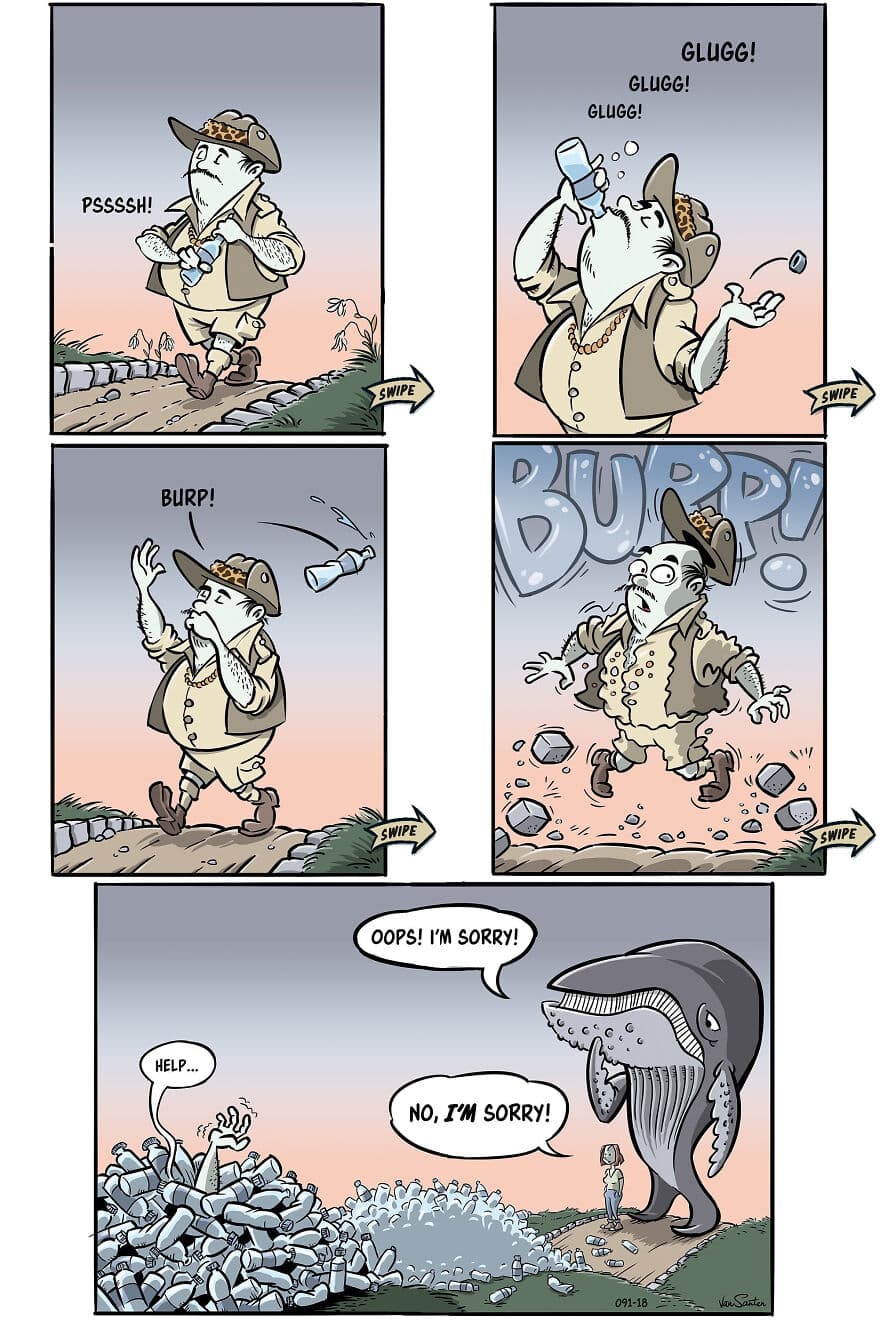 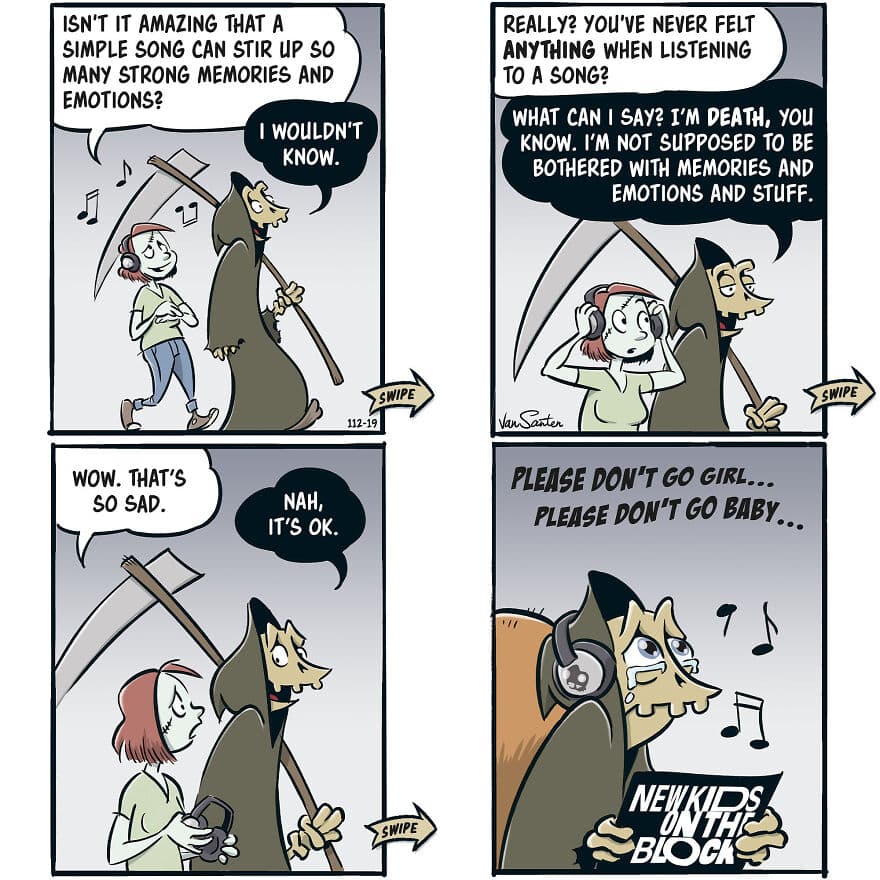 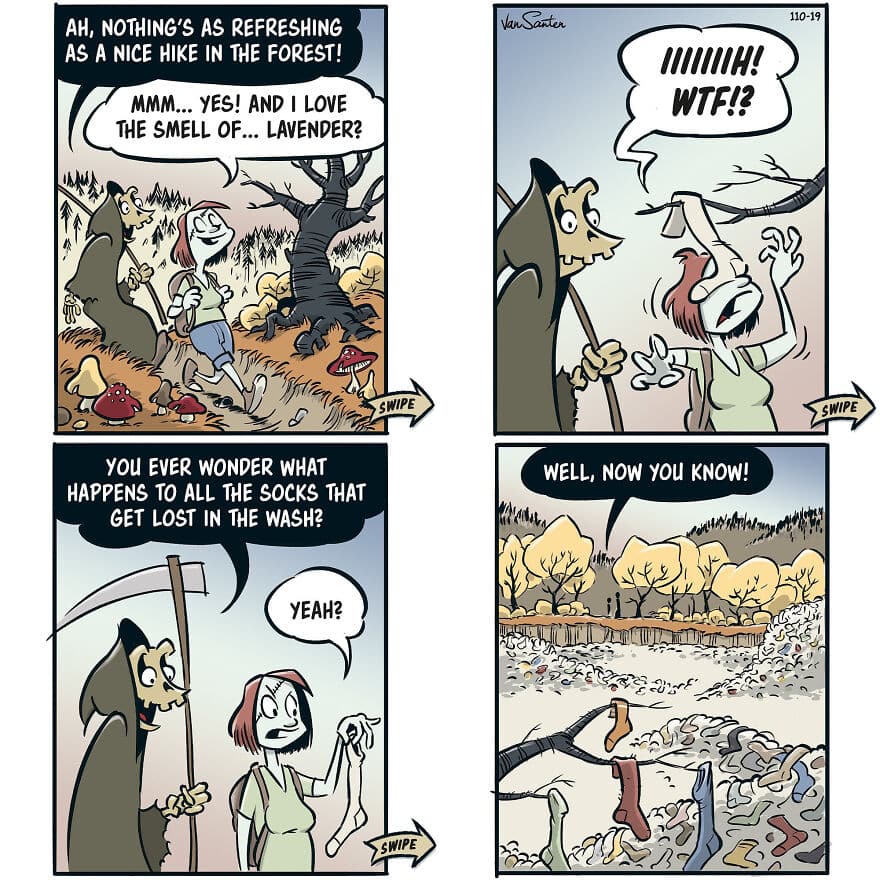